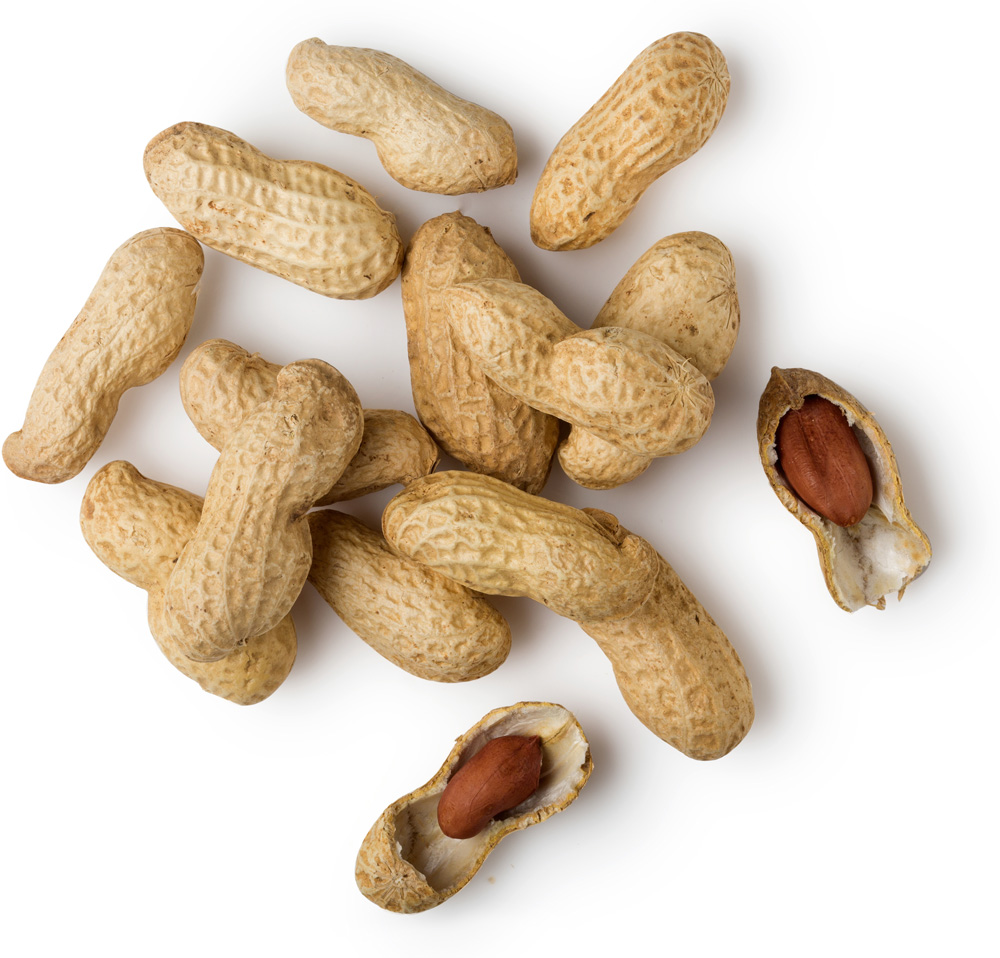 0
Products with this ingredient
View all products

Native to tropical South America, the peanut bush belongs to the legume family. It is, therefore, related to beans rather than nuts. Unlike beans, however, the seeds store fat instead of starch, making them more nut-like.

Because the rounded, oblong shells grow underground from a special stalk, they are often called groundnuts. The stalk forms after the plant has been pollinated.

The nuts are harvested by lifting the whole plant out of the soil and leaving the seed pods out to dry in the sun. The plant is either returned to the soil or used as animal feed.

Peanuts are roasted and sold as snacks, or made into oil, peanut butter and flour.

An early 20th century scientist, George Washington Carver, developed hundreds of uses for peanuts and has sometimes been credited with the concept of using peanut oil for cosmetic purposes.

Around half of the peanuts grown in the USA are turned into peanut butter.

Peanuts are one of the most calorific and nutritious foods – they contain protein, vitamins, minerals and around 50% oil, which makes them a high-yield commercial oil source.

The butter is nourishing, moisturising and works well with other oils and butters in cosmetic formulas. We use it in Handy Gurugu for its emollient qualities, which help to protect the skin.